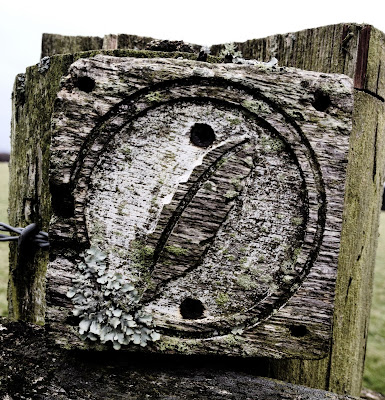 This year has been a great one for new works and new directions with the Coleridge Way, and as we head towards the darker months, it's a time of reflection and planning the way forward for 2014.

So what's in store? Well some of it is tightly under wraps, and will be rolled out and celebrated in due course, (so no spoilers here, sorry) other parts like the QR code poetry and the story boxes which were such a success are to be built upon, made stronger and more diverse.

The story box project went really well, we had a great deal of input from a diverse range of walkers, some just added a drawing, others just their name, but lots of people picked up the gauntlet of adding to the tale and then leaving for the next.

Here are a few sound cloud links from text written by multiple authors, it's really interesting how the thread runs through them all, and when a single voice reads them out they begin to flow and meld as one.

The new story boxes are due to go live in June again 2014, (with funding approval in January, fingers crossed) which will be fantastic. The boxes will again be started ready for your discovery and input, last year we had Jackie Morris, (Author Illustrator) and Taffy Thomas (the first UK Storyteller Laureate) There will again be opportunities for established authors to be involved - so please do get in touch it would be great to hear from you.

Here is a little film made in June 2013 about the story boxes, as they were being installed along the Coleridge Way trail.

So what of the stone image higher up the page? Well this is a secret of the Coleridge Way, for those who walk it discover hidden gems and surprises along it's path. Some are marked on maps, others are more esoteric, a carved well head, a tree root which looks like a monks hood. The story boxes and the QR code poetry engage with these personal histories, these individual imaginative elements, or as Samuel Taylor Coleridge once said.

A poet ought not to pick nature's pocket. Let him borrow, and so borrow as to repay by the very act of borrowing. Examine nature accurately, but write from recollection, and trust more to the imagination than the memory.

So let us trust to the imagination.