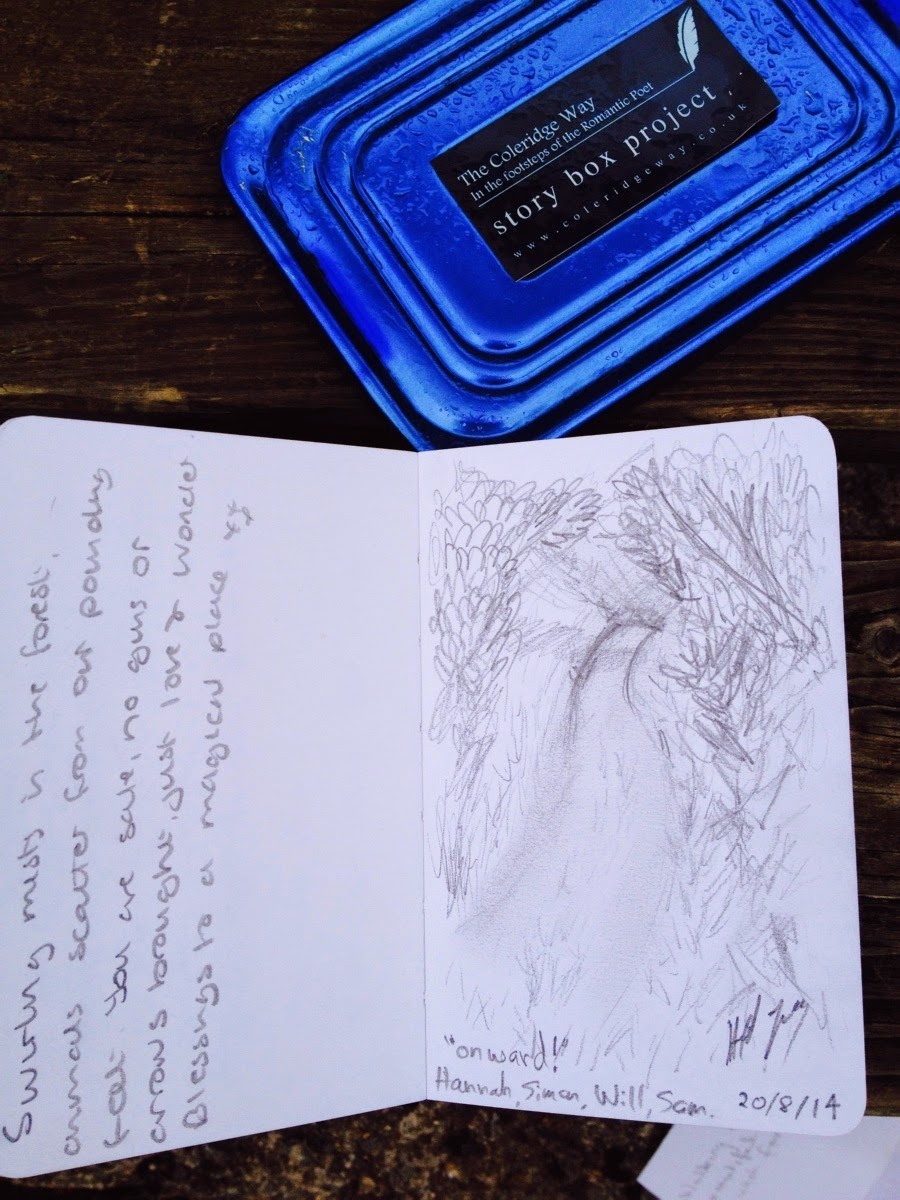 Another three months has drawn to a close and the story box project has again captured the imagination of many walkers and visitors along The Coleridge Way trail.

The concept is very simple, inside each of the box is a book started by a published author, read the story so far, add a little but no more and then leave for the next to continue the tale. 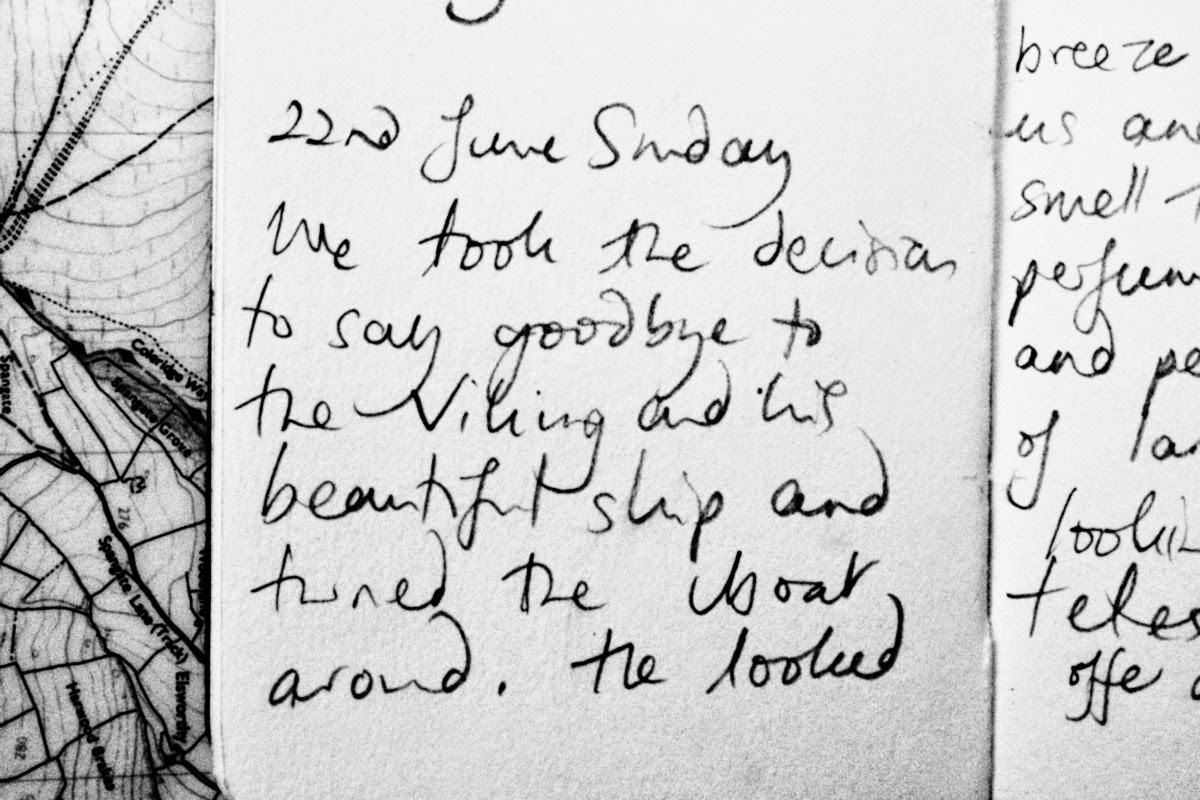 There were six boxes along the trail this year, with the first at at Coleridge Cottage in Nether Stowey and then dotted along the first 36 miles of the trail to Porlock visitor centre. Earlier this year the Coleridge Way was extended from Porlock to Lynmouth taking the trail from 36 miles to almost 51. 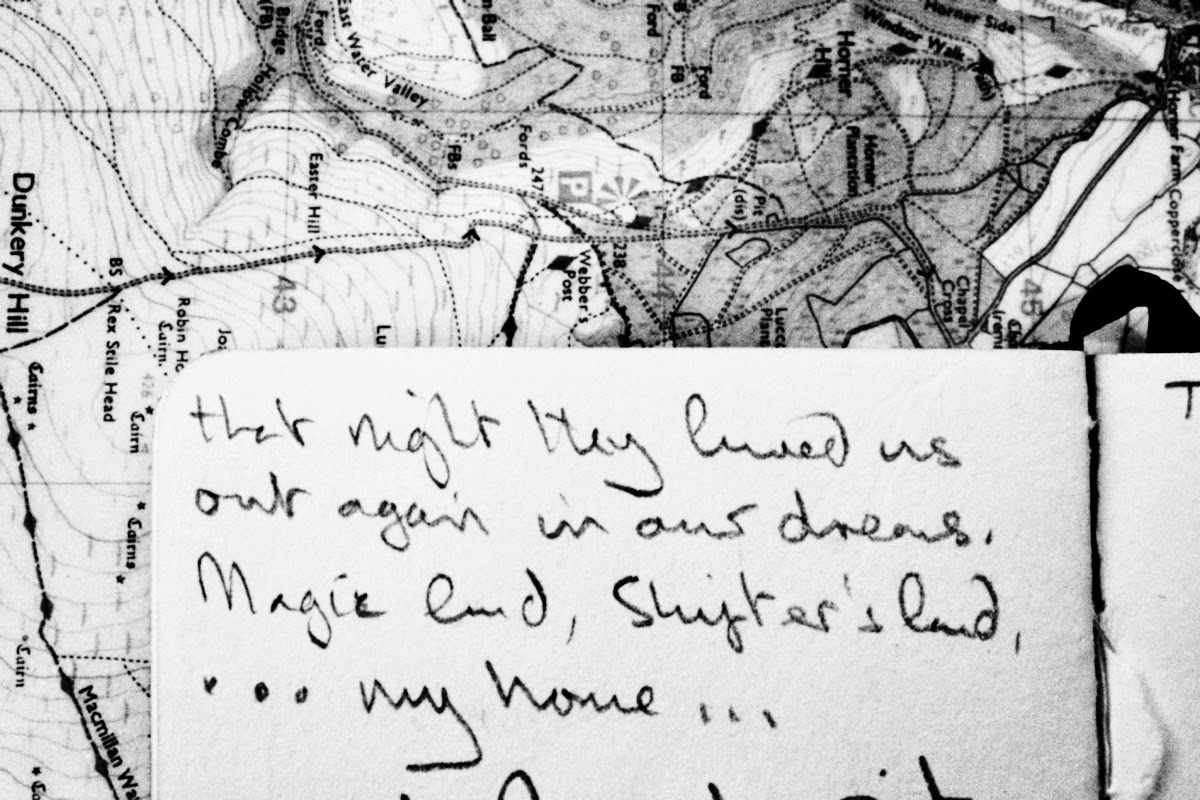 So where were the story boxes located? 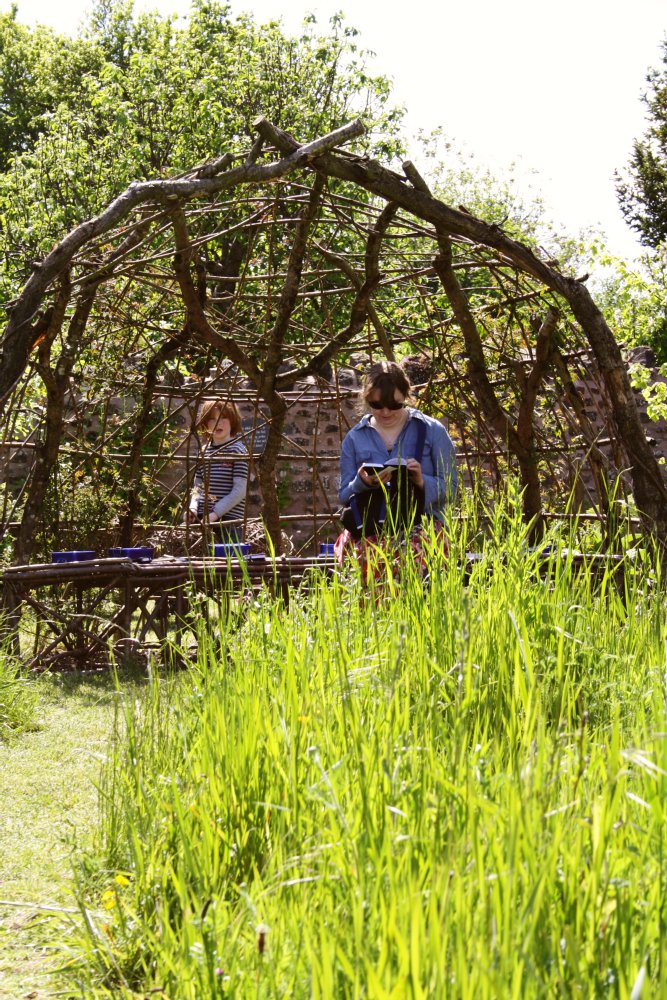 Number One - Coleridge Cottage - Down through the weaving meadow path at the bottom of the cottage garden is a little arbour with the box fastened to a bench. 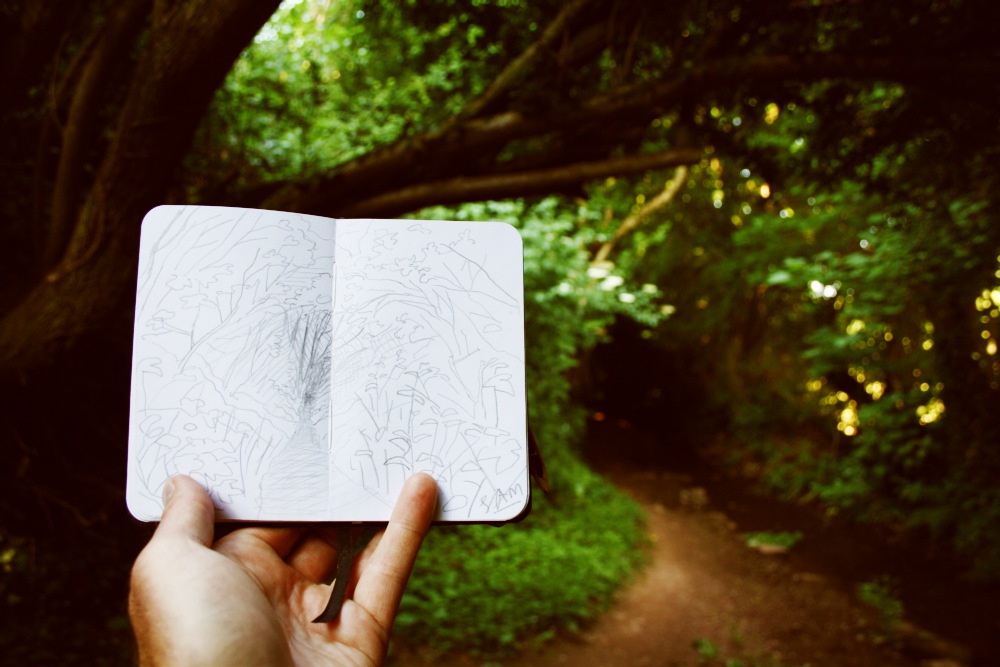 Number Two - Watery Lane, Nether Stowey - The first section of the Coleridge Way trail which is off the paved road and a taste of the Holloway's and Drovers' tracks to come.

Number Three - St Audries, Quantocks - This box was tethered to a bench at a view point on the turn of the trail on the Quantock hills. This is where West Somerset and the trail ahead is laid out before the walker, it looks out across land to Dunkery and sea to Wales. Books by Catherine Hyde and Jackie Morris were placed here at different times.

Number Four - Notley Arms - Monksilver - This pub is often used as a stopping point after the first days walking. The box was tethered to a bench in the pub garden and steadily filled through the three months. 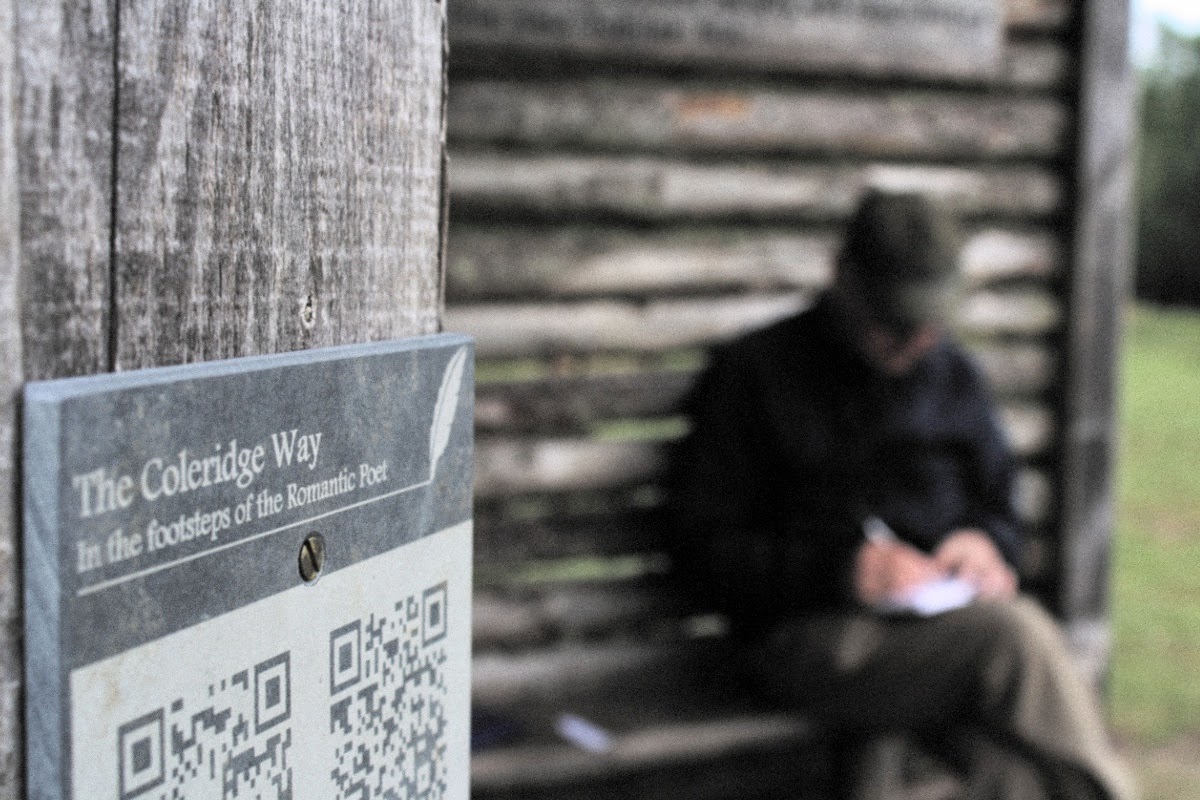 Number Five - Webbers Post - One of the most popular spots for visitors to Somerset, and also one of the most popular boxes, here at the Jubilee Hut overlooking Horner and then out to sea. Victoria Eveleigh's books were placed here, a prolific local author who writes children's stories about Exmoor and sets great tales in these hills. 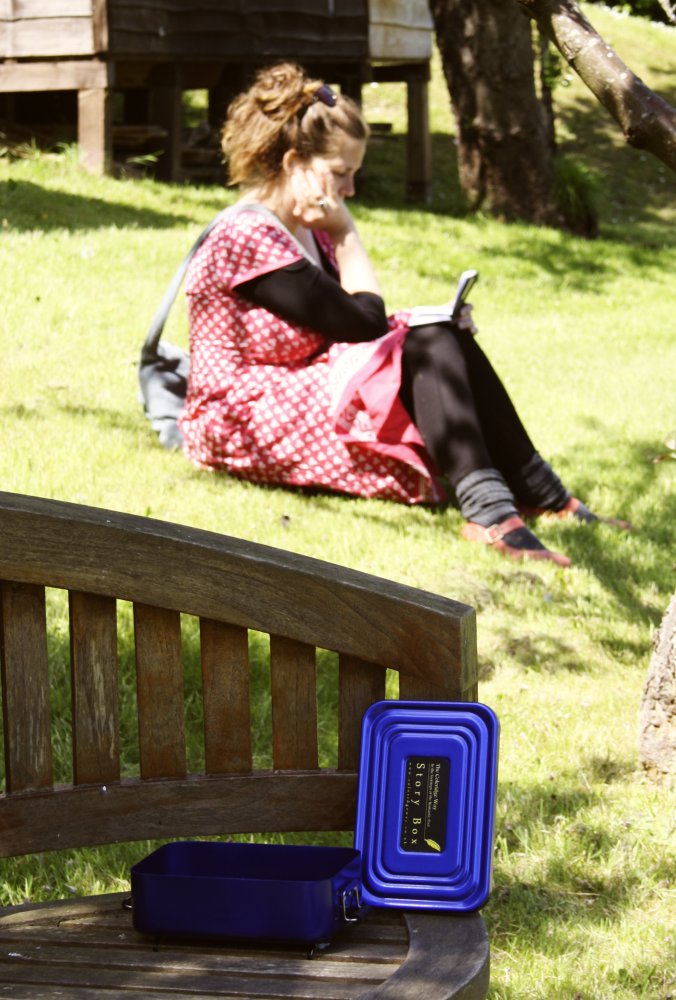 Number Six - Porlock Visitor Centre - The last of the 'old' trail this box sat in the orchard behind the visitor centre a little piece of tranquil haven and a place to rest before taking on the next leg of the trail. 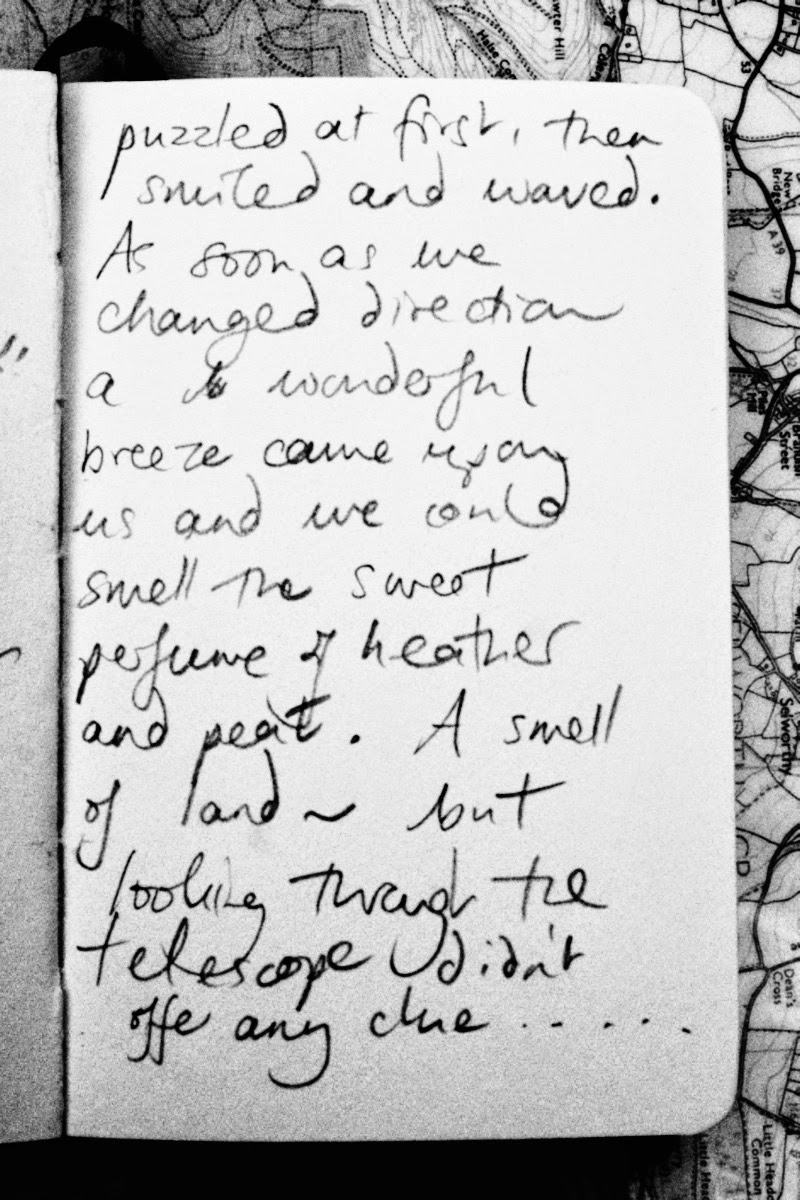 So what happens with the story books now?

During September they will be exhibited alongside 'Poetry Books' which were located in Valley of Rocks during this same period. The Valley is just above Lynmouth and Lynton where the 51 miles now ends and has been a destination and focal point from Coleridge's time. They even have a little building in the Valley called 'The Poets Hut' where the first Poetry Box was tethered (pictured). 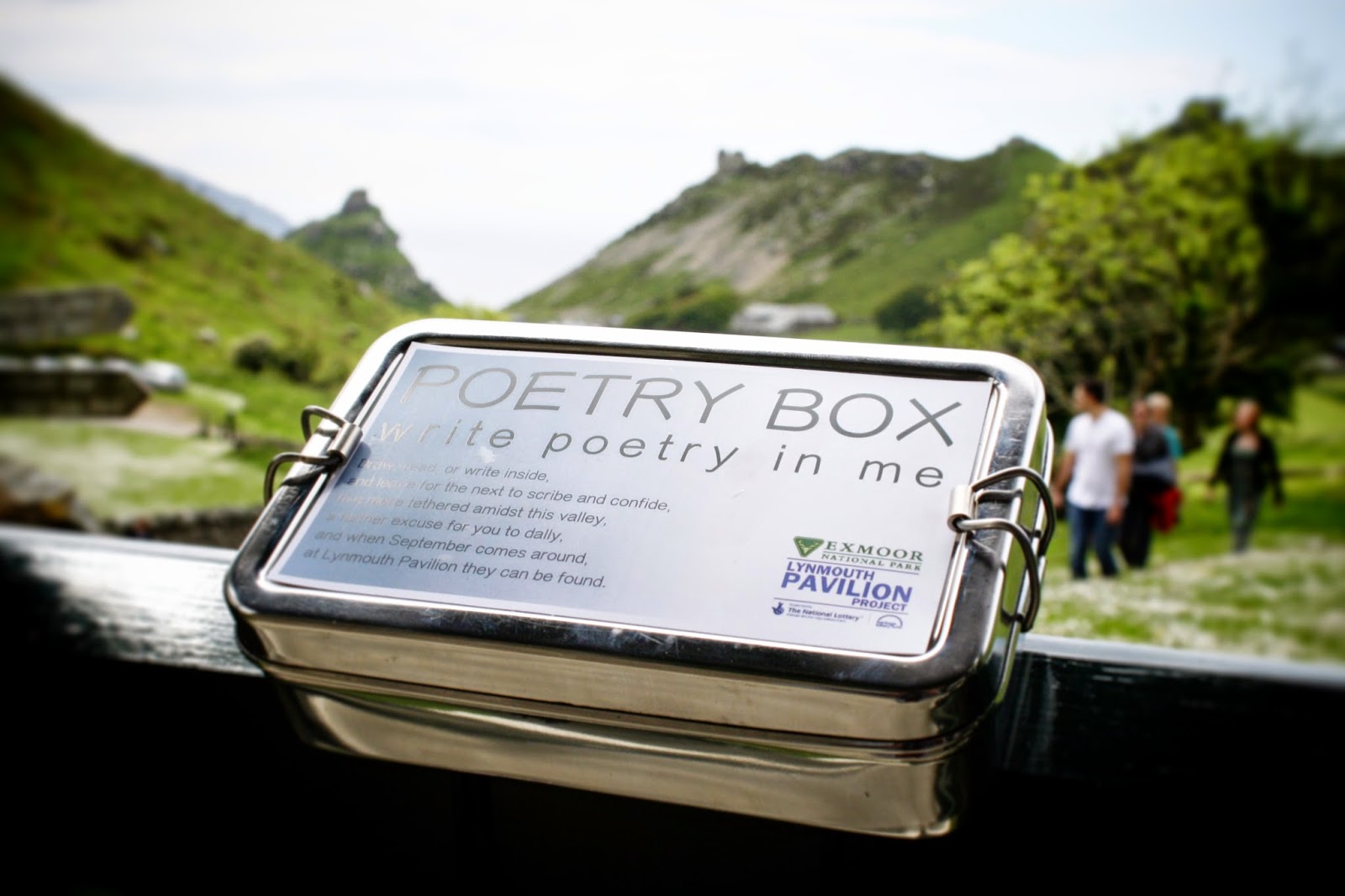 From both projects it has been really interesting to see that there is immense talent in strangers. Who would have thought that idle walkers were willing to sit and write, I think everyone can't help but be surprised in content and quality that people have been willing to give, just for joy.

Exhibition at Lynmouth Pavilion during September, free and access for all.